In olden days drinking was attributed to a masculine habit. Today drinking has become a social phenomenon and is one of the aspects of gender neutrality.. 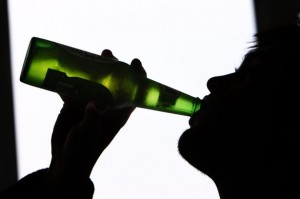 In olden days drinking was attributed to a masculine habit. Today drinking has become a social phenomenon and is one of the aspects of gender neutrality. Although social drinking is widely accepted, it is always important to know not to cross the line.

The saying –too much of anything is good for nothing, holds good for all aspects in life. For instance even water which is considered the best liquid that humans can consume should be had in moderation otherwise it may lead to water intoxication.

Considering that a harmless liquid otherwise called the elixir of life, water, needs to be consumed in moderation, then what about alcohol?

The side effects of globalization leading to bigger jobs, smaller families and greater luxuries has also led to several other not so great vulnerabilities. The only way to control it is to know what will happen when you consume too much alcohol.

Liver being one of the largest organs in the body is the worst affected among others due to alcoholism. The following are the problems you most likely would face due to over drinking.

One of the functions of liver is to convert glucose into fat and store it in various parts of our body for later use. In case of alcoholism, the liver is ruined in such a way that it stores the converted fat into itself. As a result the liver enlarges with more and more storage of fat and one may end up feeling heavy in the abdomen region.

Signs of fatty liver are when you start feeling full with very less food and when you start losing your appetite. Although these are signs of just some eating or digestion problems, if the situation is overlooked then it may lead to liver disease for this is the first step towards the same.

Resilience is a common factor of the human body but having said that there is a limit for drinking beyond which liver cells begin to get damaged. Every time the liver pumps out the toxins in the blood due to alcohol, some of the liver cells die in the process. Excessive drinking may lead to a medical condition called alcoholic hepatitis.

This is a serious condition which develops due to over drinking over a short period of time. When this disease is mild, the liver damage can be reversed if one stops drinking for good. However if the damage is high then the condition may become worse and may become life threatening.

This is almost the final stage of liver disease where the maximum damage to the liver is done. However, even at this stage, if one stops drinking permanently or stick to daily limits, their life expectancy may increase. If not there is no guarantee that one may live even for the next five years. The problem here is with identifying this disease because symptoms may not be visible.

Liked this article on Alcohol Related Liver Problems and have something to say? Comment below and don’t forget to SHARE THIS ARTICLE!

Oct 30, 2015liverdrugs
WHAT HAPPENS TO THE LIVER WHEN WE SMOKELIVER DISEASES AND PREVENTIVE DRUGS