It is normal for one to give more care what they see, such as your skin, hair and so on and not what makes them look this pretty, the backstage.. 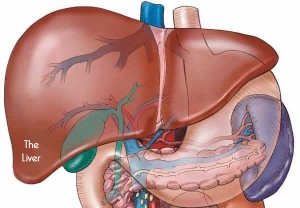 It is normal for one to give more care what they see, such as your skin, hair and so on and not what makes them look this pretty, the backstage organs such as the liver, kidneys and so on. Liver is one of the back stage workers and plays a very important role in the function of your body.

It performs more than 500 functions. Liver helps to process nutrients like carbohydrates, fats, proteins, vitamins, minerals from the food and helps to get rid of toxins and microbes. It also plays a major role in clotting of blood. It plays a vital role in maintaining the body’s metabolic balance.

Certain unhealthy lifestyle practices and habits may cause liver diseases which can be overcome if you know how they are caused and what you need to do to stop it.

The liver is infected by Viruses and Parasites which causes inflammation in the liver and reduces its routine function. This viral hepatitis is caused by Hepatitis A, B, C, D and E.

Hepatitis B and Hepatitis C are the main causes for liver cancer. Hepatitis can also be caused by excessive alcohol consumption, allergic reactions, drugs particularly paracetomol and other drugs used to treat cancer and obesity.

A healthy tissue is replaced with scarred tissue which is a slowly progressing disease reduces the liver function is called Cirrhosis. Due to cirrhosis the blood which passes through liver is blocked. It also reduces the processing of nutrients, hormones, naturally produced toxins, production of proteins etc.

Cirrhosis is mostly caused by excessive consumption of alcohol, overloaded iron or bile duct disease, obesity and diabetes. Other causes of this disease include prolonged exposure to the environmental toxins, parasitic infections and reactions to drugs.

The National Institutes of Health had announced that this Cirrhosis is the 12th leading cause of the death by disease in the world.

Undue use of over the counter medication will lead to many problems. One of the most badly affected organs due to overuse of medications is Liver. Certain prescription drugs also contain harmful chemicals and may cause liver damage. These medicines include corticosteroids which are used for treating inflammation, antidepressants, mood stabilizers and pain killers.

Some herbal medications also damage the liver. Since liver is the major detoxifying organ it is subjected to variety of drugs and chemicals. Over the counter medications like paracetamol can cause liver failure.

Never choose self medication, medical prescription from a practitioner is safer. Before using the medicines one should see the side effects.

Excessive alcohol consumption leads to liver failure. Liver absorbs the alcohol and converts it to a less toxin form. However when the amount of alcohol exceed the capacity of liver, it remains unattended to.

More absorption of alcohol leads to fatty liver, cirrhosis and inflammation of the liver and is called as alcoholic hepatitis. Though smoking does not harm the liver directly but the harmful chemicals from the cigarette smoke will increase the oxidative stress and cause irreversible damage to the liver.

Obesity is one of the major problems for many diseases. Due to excess amount of fat in the body the liver also gets surrounded by these fats. This accumulation of fats in the liver leads to fatty liver disease. Obesity also leads to cirrhosis of liver and liver failure.

Diabetes is also plays a major role in increasing liver disease by 50 percent. When you are infected by diabetes the insulin level will increase in the blood which tends to abdominal weight gain. This leads to more fat storage in the liver which causes fatty liver disease.

Liked this article on Causes Of Liver Problems and have something to say? Comment below and don’t forget to SHARE THIS ARTICLE!

Oct 30, 2015liverdrugs
5 THINGS THAT MAY DAMAGE YOUR LIVERWHAT HAPPENS TO THE LIVER WHEN WE SMOKE